A new grant from the Weston Family Foundation through the Weston Brain Institute will support the research and development of a vaccine against neurodegenerative diseases caused by the misfolded protein alpha-synuclein (A-syn). This project features a collaborative team of neuroscientists from across Canada, led by Dr. Neil Cashman, a researcher at UBC’s Djavad Mowafaghian Centre for Brain Health and Chief Scientific Officer at ProMIS Neurosciences.

The misfolding of A-syn proteins into toxic forms can lead to the development of diseases such as dementia with Lewy Bodies (DLB), multiple system atrophy (MSA) and Parkinson’s disease. Collectively, these diseases are known as synucleinopathies.

Using a proprietary computational algorithm developed by ProMIS Neurosciences, Dr. Cashman and his team have successfully predicted and synthesized cyclic peptides in proteins that resemble the sequence and shape of misfolding-specific epitopes (the part of a toxin where an antibody binds) of A-syn involved in synucleinopathies.

With these peptides, the team can generate antibodies that can selectively target diseased forms of A-syn while sparing normal forms of the protein needed for neuronal function. Recently, the antibody PMN442 was selected for preclinical development. The next step is to test the cyclic peptides which will combine epitopes that have prompted protective antibodies against misfolded A-syn. The result is the creation of an active vaccine to treat these neurodegenerative diseases.

This project aligns with the Weston Family Foundation’s “Healthy Aging Strategy,” which through the work of the Weston Brain Institute, aims to reduce the burden of neurodegenerative diseases of aging on Canadians by accelerating the development of therapeutics.

About the Collaborative Team

Neil Cashman, MD is a clinician-scientist at the University of British Columbia’s Djavad Mowafaghian Centre for Brain Health and Founder/Chief Scientific Officer at ProMIS Neurosciences. He also directs the Protein Misfolding Team in the Canadian Consortium for Neurodegeneration in Aging. Previously, he was Canada Research Chair at UBC in Neurodegeneration and Protein Misfolding Diseases, and also has leadership experience with large-scale network projects, including PrioNet Canada, a Network of Centers of Excellence that put Canada at the international forefront for scientific and socioeconomic research in prion disease.

Scott Napper, PhD is a Research Scientist at the Vaccine and Infectious Disease Organization (VIDO) and is also a Professor of Biochemistry, Microbiology, and Immunology at the University of Saskatchewan. VIDO is one of the most advanced vaccine development research centers in the world with a proven track-record for the development and commercialization of vaccines (eight of its vaccines have been sold commercially). The Napper lab has over 15 years of research experience in vaccine development.

Joel Watts, PhD, is the Canada Research Chair in Protein Misfolding Disorders and is an Associate Professor within the Department of Biochemistry and the Tanz Centre for Research in Neurodegenerative Diseases at the University of Toronto. Dr. Watts has pioneered the use of mice inoculated with A-syn aggregates for studying the pathobiology of A-syn strains, with recent publications in Nature Neuroscience and PNAS. 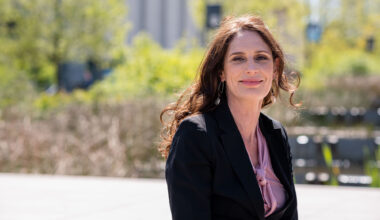 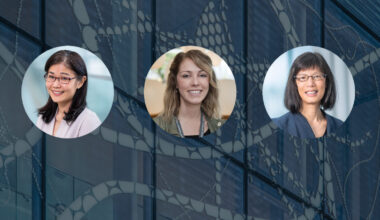