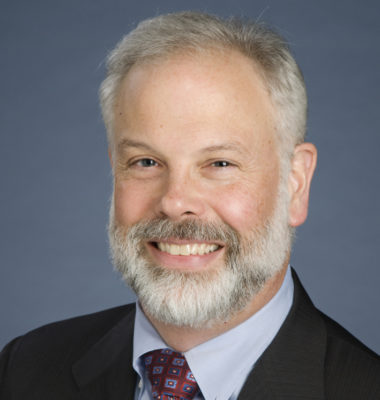 Dr. Cashman is a clinician–scientist Professor of Medicine (Neurology) at the UBC DMCBH, where he has held a Tier-1 Canada Research Chair in Neurodegeneration and Protein Misfolding Diseases (2005-2019). He is also Founder and Chief Scientific Officer of ProMIS Neurosciences, which translates his lab’s therapeutics and diagnostics in protein misfolding diseases.

Dr. Cashman’s research focus is elucidating the structure and pathogenicity of proteins which misfold in neurodegeneration, starting with the prion protein (Cell 1990). He has developed novel strategies for immunotherapeutic intervention in these diseases, which are specifically directed at peptide motifs exposed by protein misfolding, but inaccessible in native structures. This notion of targeting a propagating and toxic conformation while sparing normal proteins was pioneered by his studies of prion-specific epitopes (Nat Med 2003; Nat Rev Drug Discov 2004). With Dr. Steven Plotkin of UBC Department of Physics and Astronomy, he has also identified Aβ oligomer-specific conformational epitopes as safe targets for Alzheimer’s disease immunotherapies that spare monomers and fibrils (ACS Chem Neurosci 2018; Sci Rep 2019).

Dr. Cashman’s laboratory program in ALS is focused on propagated misfolding of the proteins SOD1, TDP43, and FUS. He established that SOD1 misfolding is transmitted between SOD1 molecules, and within and between cells in a prion-like manner, providing novel targets for immunotherapeutics (PNAS 2011; PNAS 2014). His lab has also discovered that TDP43 and FUS pathology induce cross-seeding of SOD1 misfolding, which then acquires the prion-like in vivo activity to confer on SOD1 molecules in neighboring cells (Sci Rep 2016), an example of the TDP43/FUS “pathological interactome.”

Professor Neil Cashman, a Canadian leader in neurodegenerative diseases, was recruited to UBC from Toronto to establish a program of research into protein misfolding diseases such as amyotrophic lateral sclerosis (ALS). He is director of the new Vancouver Coastal Health ALS Centre, which is focused on research and treatment of the disease.

ALS is a progressive neuromuscular disease that eventually paralyzes limbs and muscles of speech, swallowing and respiration. There are about 2,500 Canadians living with ALS, for which there is no cure and only limited treatment. Protein misfolding also plays a role in Alzheimer’s and Parkinson’s diseases and it is implicated in prion (infectious protein) diseases such as mad cow disease and similar human illnesses, such as Creutzfeldt-Jakob Disease (CJD). Symptoms of CJD include anxiety, depression, withdrawal and behavioural changes. The disease progresses to include motor difficulties, involuntary movements and mental deterioration. Patients may live for only about one year after onset of symptoms. Proteins, the fundamental component of living cells, are made up of long chains of amino acids which loop or fold about each other in a specific three-dimensional structure. Misfolded proteins can cause disease in surrounding cells.

Dr. Cashman’s research labs at the Djavad Mowafaghian Centre for Brain Health at UBC Hospital and at the UBC Life Sciences Institute are the first labs west of Ontario dedicated to investigating misfolding diseases.