Troy McDiarmid worms into the intricacies of genetic risk in ASD

To understand how gene mutations affect neurodevelopment and learning in people with Autism Spectrum Disorder (ASD), PhD candidate Troy McDiarmid is looking at microscopic worms. McDiarmid, a graduate student in Dr. Catharine Rankin’s lab, was recently awarded a Frederick Banting and Charles Best Canada Graduate Scholarships Doctoral Award from the CIHR for his proposal to characterize ASD-associated gene mutations in worm models of the disorder.

ASD is a genetic disorder encompassing a range of behavioural symptoms including impairments in cognition, motor skills, sensory processing, social interaction, and language. A challenge in studying genes associated with the disorder is that there hasn’t been a model system to efficiently and cost-effectively characterize the large and rapidly growing number of risk genes.

Caenorhabditis elegans is a species of nematode widely used in neuroscience research because of the relative simplicity of their brains (just 302 cells!), ease of genetic engineering, and because they share similarities in cell biology with humans. As a model of a neurodevelopmental disorder such as ASD, C. elegans holds promise in enhancing our understanding of how mutations in ASD-associated genes lead to changes at the molecular and cellular levels that then lead to changes in sensory and learning behaviours.

“Using genetic screens and precise genetic engineering, we believe we can determine how specific genetic mutations disrupt typical neurodevelopment and learning,” says McDiarmid. “By characterizing the biological pathways of specific genes, we hope to create a rich data set to inform future research across model organisms, and to identify new targets for reducing the effects of particular genetic subtypes of ASD.”

Researchers in the Rankin lab have developed an automated machine vision system – The Multi-Worm Tracker – to rapidly collect dozens of distinct measures of development, sensory behaviours, and learning impairment in strains of worms with mutations in ASD-associated genes.

“Using the Multi-Worm Tracker, we will be able to look at how mutations in hundreds of ASD-associated genes affect different behaviours and neurodevelopmental processes,” says McDiarmid. “This system is incredibly efficient, and we’ll be able to characterize hundreds of variables, generating a large amount of data. Through that data, we hope to prioritize specific sets of genes for more detailed network and circuit analyses, and potentially screen for drugs that reverse the mutations effects as well.”

“One of the best aspects of working at UBC and specifically the Centre for Brain Health is all of the opportunities for collaboration,” says McDiarmid. He currently work with seven different UBC labs interested in ASD and two other UBC worm labs on a weekly basis.

“The chance to work with leading bioinformaticians, genetic engineers, and neuroscientists makes UBC an awesome environment to be a graduate student. I feel really grateful to my supervisor Dr. Catharine Rankin, my supervisory committee Dr. Kurt Haas, Dr. Paul Pavlidis, and Dr. Kota Mizumoto and several others who keep giving me opportunities to learn new techniques and ways of thinking so I can accelerate and improve my research through collaboration.”

For McDiarmid, this project and the CIHR funding that goes along with it offers an opportunity to focus exclusively on the complexity of autism genetics.

“Troy is an excellent researcher, he is careful and systematic in his experiments, he reviews his data carefully and he does not jump to conclusions without considering all of the possibilities,” says Dr. Rankin. “He is passionate about research, and his strong work ethic and contagious enthusiasm for science set a great tone for the rest of the lab. I foresee an amazing future for him in neuroscience!” 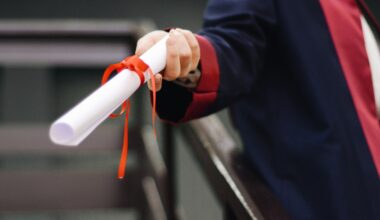 Congratulations to the class of 2022!

All of us at the Djavad Mowafaghian Centre for Brain Health would like to...

Not enough studies are looking at sex differences 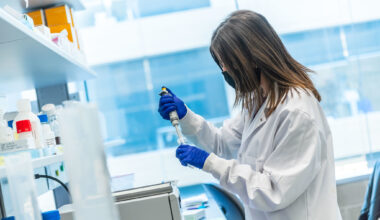