For the better part of a century, the neurotransmitter dopamine has been understood as a key player in the brain’s reward-related processing. Djavad Mowafaghian Centre for Brain Health and Vancouver Coastal Health Research Institute researcher Dr. Stan Floresco has discovered more precisely that bursts and dips of dopamine activity in the brain guide the level of risk taken when making a choice.

“We know that if you give an animal an unexpected reward, their dopamine neurons turn on for a half-second, increasing in activity and firing a lot more,” explains Dr. Floresco, a professor in the UBC Department of Psychology. “And if you give them a cue that they’re going to get a reward but don’t give it to them, these neurons actually turn off and stop firing, going down to zero activity for that half-second. We know the neurons do this but we don’t know how this activity actually contributes to behaviour.” 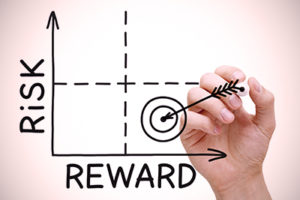 He discovered that when dopamine was shut off at the precise moment when it would normally be firing rapidly – i.e. after taking a risk and winning – decision making became more conservative, as though the risky choice had not paid off as much as it actually had. And when the dopamine signal was turned on in the half-second when it would normally shut off – i.e. when the risky choice did not win – the result was even more risky decision making, as though the risky option had paid off better than it actually did.

“We showed that these signals can provide rapid information to update ongoing behaviour,” says Dr. Floresco.

Essentially, these signals can have very immediate and powerful control over behaviour and may provide insights into psychiatric disorders, he adds.

“In psychiatric behaviours associated with disorders such as schizophrenia, or even drug addiction, these dopamine signals are hijacked and not functioning normally. The dysfunction in these dopamine signals may be contributing to the behavioural abnormalities we see, although it’s not the only pathology,” says Dr. Floresco. “Knowing how this circuitry works and what its function is provides a better understanding of what’s going on when the brain isn’t functioning well.”