Until now, the sex differences in neurogenesis are relatively unknown since most studies only include male subjects. This new body of work identifies a novel, sex-dependent function for newborn neurons in stress response to aversive learning situations.

We spoke with Dr. Snyder about the findings published this week in eNeuro, the Society for Neuroscience’s open access journal.

What were you trying to determine in this study?

Our main question at the outset was whether there was an interaction between two previously-identified functions for neurogenesis: learning and stress-responding. Adult neurogenesis occurs in the hippocampus, a structure that is well-studied for its role in memory for daily life events. And so much of the research on adult neurogenesis has focussed on roles in memory, finding indeed that it is needed to form long-term memories, highly specific memories that do not conflict with one another, and so on. However, if you remove all of the newborn neurons from a mouse or a rat and ask it to learn how to escape from a standard maze, it generally doesn’t have any problems.

Now, the other neurogenesis (and hippocampal) function that has emerged is a role in responding to stress. In fact, much of the pioneering work on adult neurogenesis was done in the context of stress. But, surprisingly, no one had really looked at whether stress might influence neurogenesis functions in memory, i.e. whether they might interact. These were like parallel universes of research! So, here we predicted that if we removed the new neurons from rats then they would be impaired at learning specifically in more stressful conditions. And that’s what we found, by asking rats to learn the location of a hidden platform in a pool of warm (less stressful) vs cold (more stressful) water. 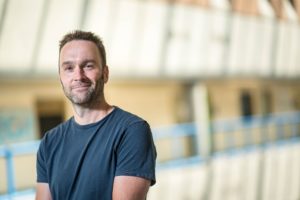 Why is it important to study male and female sex differences in neurogenesis?

The simplest answer is that if we don’t systematically study males and females, we lose out on a lot of information that could ultimately improve human health. In the neurogenesis field, the vast majority of studies (using animal models) focus on males and only rarely include females or make comparisons between the sexes. A rare exception is the work done by our colleague, Liisa Galea, who has found that sex influences the rate of neurogenesis and the maturation of newborn neurons. But we still actually know very little about sex differences in neurogenesis. Our data suggests there are some features of neurogenesis that differ between the sexes and some that do not. It is still too early to tell how meaningful these differences are but they certainly should be pursued because they could have implications for human health.

Can you tell us how newborn neurons play a different role in cognition and mental health in males and females?

Well, given how little we know the best I can do is tell you what we found and speculate a little! Consistent with our expectations, rats of both sexes were able to learn in less-stressful conditions (warm water) even when they didn’t have neurogenesis. When we tested them in the maze using cold water (stressful), that’s where neurogenesis became important. To our surprise, however, blocking neurogenesis had opposite effects in males and females, causing females to learn faster and males to learn slower. Digging deeper, we found that neurogenesis caused females to adopt different learning strategies depending on stress levels whereas neurogenesis caused males to use the same strategy regardless of stress. To us, this was really interesting because it got us away from the common thinking that faster learning is always better. Instead, neurogenesis may provide males and females with complementary functions that are equally useful but depend on the situation. We are far from understanding how this all relates to mental health, but it is notable that there are sex differences in stress-related disorders such as anxiety and depression. We hope that our findings help lead to a better understanding of the neurobiological basis of these disorders.

This story was originally published on the Department of Psychology website. 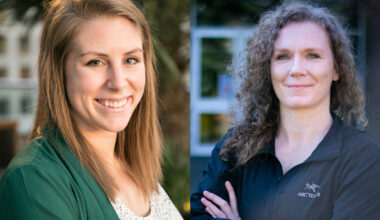 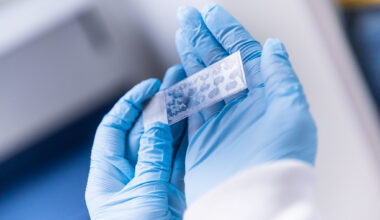 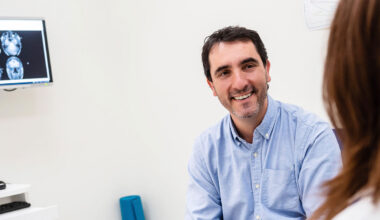