Asma Bashir (pictured) is exposing a world that is invisible to many, offering a glimpse at the researcher behind the research in Her Royal Science, a podcast launched this week that looks at the lives of scientists in and outside of the lab. For Bashir, it’s an opportunity to introduce listeners to some of the most interesting people working in science, technology, engineering, and math-related (STEM) fields, but it’s also an opportunity to dig into individual life stories and learn about the variety of experiences that make people who they are.

The project aims to bring awareness to the lack of diversity that exists in STEM fields, through talking about individual experiences; the science is important, certainly, but Bashir wants to unravel life stories and humanize scientists in order to change public perceptions about research and academia. The project is supported in part by the Djavad Mowafaghian Centre for Brain Health and the Graduate Program in Neuroscience; Her Royal Science is also edited by Bashir’s partner, Igor Tatarnikov, a graduate student in Dr. Matthew Farrer’s lab.

“Sometimes, when you’re a scientist, especially early on, your work becomes your whole personality,” says Bashir, who is currently a PhD candidate in Dr. Cheryl Wellington’s lab. “There is more to us than our work, but sometimes we forget that, and we need to remind ourselves that our science is only a part of who we are. It’s hard to attach a personality to a list of authors, and I know there are some phenomenal scientists out there who are interesting not just because of their research but in addition to it.”

Bashir grew up all over the world, from the US to Kenya to Qatar. She completed high school in Toronto, then studied in the UK and Boston before enrolling in the Graduate Program in Neuroscience as a PhD student at UBC in 2015. What connects the places she’s lived—which also includes Zimbabwe and England—has always been stories, and the ability to communicate with people regardless of place at a deeper level.

“For as long as I can remember, I’ve loved asking questions about people. I’ve always been intensely curious, so I want to know your story, how you have arrived at the present day, and  what advice you would give to someone who is just starting out in the world, in academia, or in research,” said Bashir.

“We’re talking about research to a certain extent, but we’re also talking about the experience of being a visible minority in a large, often homogeneous, group, and what that means for how you conduct yourself in the lab and in the world,” said Bashir. “Many people who do not look like the stereotypical scientist—often older, white, and male—feel like we have to be the best version of a person from our community, because you feel like you are representing your entire community. It can feel like a burden at times when any aspect of your personality, good or bad, is automatically attributed to your larger group.”

Her Royal Science offers a refreshing take on who can be a scientist and how they do it, giving the public, other scientists, and would-be scientists the opportunity to hear from someone who might look like them, or who might share the same challenges at various levels of their career trajectory.

“For students and early-career scientists, there’s a vulnerability that comes with the stress of the job. Perfectionism, fear of failure—these can be isolating, and a person can often feel like they are the only one dealing with these issues,” said Bashir. “It’s refreshing to interview people across STEM disciplines and ask questions like ‘What do you do when an experiment fails? How do you bounce back?’ The answers are so varied and creative, despite the fact that these hurdles are a common thread in one’s journey through STEM. Through these conversations, I’m interested in how the social dynamics of being a gender, social, or ethnic minority contribute to one’s self-perception and motivation.”

For Bashir, Her Royal Science is a chance to look up from the lab bench and see a piece of the world that is often inaccessible to the layperson.

“Despite the fact that we live in a world that is more connected than ever, I still feel like there is a lot that we don’t know about what it means to exist in this space, as an individual in STEM. There is also an air of mystery about the experiences of being a very visible minority in STEM. Opening up these experiences through a friendly conversation gives people the opportunity to see us all in a more human way.” 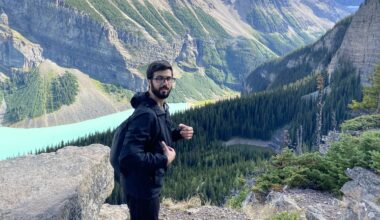 Ali Mirza is working on his PhD in Dr. Helen Tremlett’s lab and is... 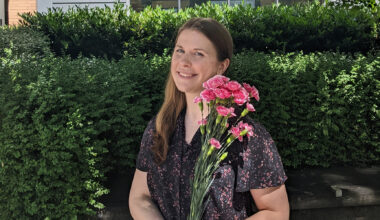 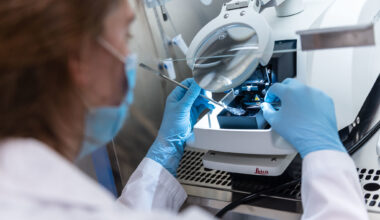 Congratulations to the winners of the 2022 Djavad Mowafaghian Centre for Brain Health Trainee...