The American College of Neuropsychopharmacology (ACNP) announced this week that Dr. Stan Floresco is the recipient the 2019 Daniel H. Efron Research Award for excellence in basic research. The Efron Research Award, presented at the 58th Annual Meeting of the ACNP in Orlando, Florida, is in recognition of outstanding basic research contributions to neuropsychopharmacology.

Dr. Floresco is a Professor in the Department of Psychology whose research program is based at the Djavad Mowafaghian Centre for Brain Health. As a principal investigator, Dr. Floresco’s research focuses on neural circuits which facilitate different forms of cognition, including learning, decision making, behavioral flexibility and executive functioning.

Dr. Floresco develops models for how the healthy brain solves certain types of problems and uses these models to identify mechanisms that may underlie impairments in cognitive functioning associated with different diseases such as stimulant addiction, schizophrenia and depression. In addition to his major contributions to the study of neural circuits involved in cognition, Dr. Floresco’s lab has developed novel animal models to represent the neuropharmacology of schizophrenia and drug addiction which can be used to guide the development of new therapeutic approaches. 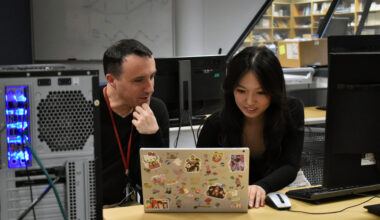