The notion that a bit of stress makes people perform better has been baked into our everyday lives, from taking exams in school to having tight deadlines in the workplace. New research from DMCBH researcher Dr. Adele Diamond suggests we might be taking the wrong approach.

“A lot of businesses and graduate programs have intentionally imposed stress on people because of the idea that for challenging cognitive tasks you will do better if you’re a bit stressed rather than calm,” says Dr. Diamond (pictured below). “Our study found that stress, even if it’s really mild, is actually not good for most people and hurts their executive function performance. A positive effect of stress is true only for a subset of people and even then, only if the stress is extremely mild.” 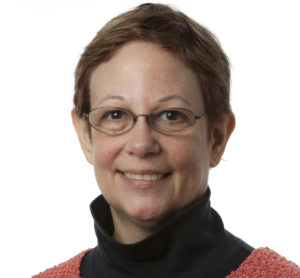 Dr. Diamond’s study, published last month in Cerebral Cortex, placed 140 young adults under mild stress by having them take computerized cognitive tests while a male and female staff member stood behind them—one to participants’ right and one to their left—and watched their performance, seemingly judging it but saying nothing.

The researchers were looking to see how this stressor would affect participants’ executive functions, which are mental skills needed when we can’t rely on instinct or intuition, skills such as self-control, focused attention, working memory and problem solving. The team, headed by honours undergraduate Shahab Zareyan and graduate student Haolu Zhang, found that even with this small amount of stress, executive functions were impaired. There was, however, a subset of people with a specific version of one gene (the COMT gene with the amino acid Valine at location 158 on the gene) whose executive functions actually improved with the mild stressor.

Two previous studies by other labs tried to find evidence that mild stress helped those with the COMT-Val genotype, but instead found their stressors didn’t help the executive functions of any group and impaired the executive functions of persons with the alternate genotype (those with the amino acid, Methionine, at location 158 on the COMT gene). Dr. Diamond thinks those previous studies found no executive function benefit because while their stressors were considered “mild” they were still more severe than the extremely mild stressor used in Dr. Diamond’s study.

“Evidently, the bandwidth for stress having a facilitative effect on executive functions is exceedingly narrow,” she says.

While it is clear that even stress that is quite mild impairs the executive functions of most people, the benefit of mild stress to COMT-Vals is so tenuous that two studies failed to find it and the Diamond lab found it with an extremely mild stressor. Dr. Diamond notes that the results of her study could be specific to social evaluative stress.

“Feeling stressed because you are feeling ashamed or embarrassed or worried about doing well in the eyes of others does not appear to be conducive to executive functions being at their best for most people most of the time,” she says. “Stress comes in many forms, however, so it is possible that other stressors might produce other results.”

Dr. Diamond also says it’s important to note that it is incorrect to equate arousal with stress: there’s a difference between the excitement and exhilaration of being challenged or having your interest greatly piqued and the anxiety of feeling stressed.

The big take away?

“I hope this will have implications for teachers and employers,” says Dr. Diamond.  “Intentionally stressing one’s students or employees is likely to be counterproductive for most people. If you want people to be able to problem solve, use self-control or logically reason, then you probably want to minimize their stress.”

Unlocking the mysteries of concussion and the brain

New UBC research could make diagnosis, treatment and prevention more effective for everyone —...

The BC Knowledge Development Fund (BCKDF) has announced funding to support research infrastructure and...

Researchers at the University of British Columbia have discovered a key vulnerability across all...