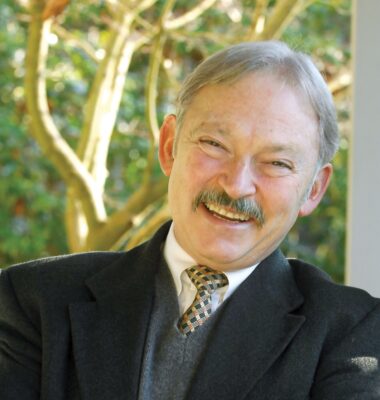 Our lab’s research interests center around molecular mechanisms of neuronal plasticity and cell death. In addition, we study the mechanisms by which the visual and auditory systems process sensory information, and the normal and abnormal development of these capabilities.

Gene therapy for the nervous system. We are using Herpes simplex viral vectors to insert neuroprotective and other genes into neurons that are at risk in several different neurodegenerative disorders, including models for Huntington disease, stroke and glaucoma. The goal is to use neuronal gene therapy to develop new strategies for the treatment of neurological diseases.

Studies of the mechanism of the critical period: We have found that early in postnatal life, there is a critical period during which the visual cortex experiences strong neuroplasticity. In adult animals, this plasticity normally wanes. We are using techniques such as in situ hybridization, immunohistochemistry, brain slice electrophysiology, and molecular biological techniques (including PCR and subtractive hybridization), to understand the pattern of macromolecules that are expressed selectively in the developing visual cortex, in order to determine the molecular mechanisms that underlie this critical period. We are also using growth factor therapy and various forms of gene therapy (see above) to try to reinstate the critical period in adult animals, to provide for new therapeutic approaches to long-standing diseases of early childhood.

We are using Herpes simplex viral vectors to insert genes into neurons that may be defective in expressing certain transmitters or receptors, or into neurons which have stopped expressing particular genes (for instance, after the critical period has ended). The long-term goal is to use this method to develop new therapies for neurological disease characterized by deficient production of enzymes, transmitters, receptors, etc., and also to try to reinstate the critical period mechanisms that have been previously switched off.

Studies of the sensory organization of the visual and auditory cortex: We and others have found that the cortical surface contains a distorted map of the sensory world. In addition, cortical neurons with different properties are laid out in banded or other regular patterns across this surface. Using multiple-electrode maps, voltage-sensitive dyes, and video microscopy techniques, we are studying the pattern of cortical activation ssociated with particular visual and auditory stimuli, and trying to determine whether certain forms of visual stimulation result in regular patterns, or efficient flow of neural activity, across the cortical surface.