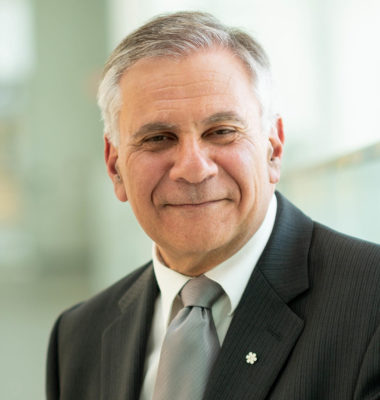 Dr. Stoessl is Deputy Editor of the Movement Disorders Journal and sits on the editorial boards of Lancet Neurology, Journal of Parkinson’s Disease and Parkinsonism & Related Disorders. He is Chair of the Scientific Advisory Board of the Parkinson’s Foundation and past Chair of the Scientific Advisory Boards of the Parkinson Society of Canada and Ontario Mental Health Foundation as well as the Interdisciplinary Adjudication Committee of the Canada Research Chairs program and the Mentoring Committee of the Parkinson Study Group.

Dr. Stoessl serves on the Board of the International Association of Parkinsonism & Related Disorders, co-chairs the Steering Committee for the World Parkinson Congress, is President of the World Parkinson Coalition, previously served on the International Executive Committee of the Movement Disorders Society and chaired the MDS Awards Committee. He is a Member of the Order of Canada and a Fellow of the Canadian Academy of Health Sciences. He was Chair of the Local Organizing Committee and Co-Chair of the Congress Scientific Program Committee for the recent (2017) MDS Vancouver Congress.

Dr. Stoessl’s research involves the use of positron emission tomography to study Parkinson’s disease and related disorders, including the use of imaging as a biomarker, the basis for complications of treatment and mechanisms of the placebo effect. He has more than 13000 citations and has published more than 300 papers and book chapters.