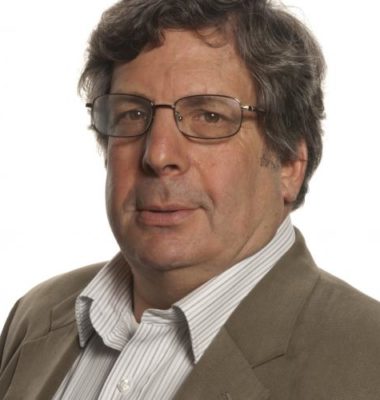 Our laboratory uses mouse mutants and experimental embryology and reference populations to study how single genes, or ensembles of genes, participate to support the normal development and function of the central nervous system.

The cerebellum is emerging as an important brain region for the coordination of motor and cognitive behaviour. Developmental abnormalities of the cerebellum have been linked to autism, schizophrenia, and other disorders of human neural function. This grant proposes to acquire extensive new data sets for gene expression and cellular phenotypes over six epochs of cerebellar development in over 30 recombinant inbred (RI) strains of mice (BXD) and 15 single gene mutant mice. This data will be web-accessible via WebQTL. We will also develop and integrate web-based informatics and visualization tools for researchers to analyze our data sets, provide datasets of their own for analysis, and test hypotheses about the cellular and molecular development of the cerebellum.

Four specific aims are proposed that will be supported by four core functions.

The data that is obtained and the tools that are constructed in this project will be fully open to the research community. This project is also designed to interface with several of the currently funded Human Brain Projects that look at the anatomy and cell biology of the adult mouse brain and cerebellum. The phenotypic data that is gathered will contribute to the growing understanding of the molecular and cellular bases of cerebellar development. Such information may help understand and treat disorders of cerebellar origin, such as the most common form of childhood brain cancer, the medullablastoma, which is believed to emanate from the developing granule cells of the cerebellum. In the long term, we hope to use the tools developed in this project to make predictions about the molecular pathways and cellular programs that are important to the well-being of the central nervous system.

One key limitation to our understanding of autism is the limited access to studying developmental events in the human brain. The use of model organisms that have homologous genetic and anatomical underpinnings is critical. The mouse is recognized as the leader in “pre-clinical” models and our research employs a unique genetic and developmental model of brain pathology that is known to underlie autism to gain insights into the etiology of autism and serve as a platform to test interventional strategies. Our work proposes to use a mouse model that has varying losses of cerebellar Purkinje cells to model the role of this structure in behaviours that are “autistic-like” and explore hypotheses about how those losses affect the function of the CNS at the behavioural and anatomical levels. This systems approach should present researchers with a new understanding of cerebellar function and connectivity with the prefrontal cortex and the possible relationships this has with modeling autistic-like behaviors. We use a mutant mouse, Lurcher, that loses all of its Purkinje cells over the 2-3 weeks of life, akin to the last trimester and perinatal period in the human. By making experimental mouse chimeras with Lurcher and wildtype mice (the joining together of 8 cell embryos to make an organisms with cells from both genotypes), we produce mice that have varying percentages of Lurcher and wildtype cells, and hence varying numbers of Purkinje cells as the Lurcher mutation principly affects these cells. Behavioral and anatomical analyses of these chimeras are made to understand the relationship between a primary loss of Purkinje neurons to behavior and connectivity between the cerebellum and other key structures which are believed to underlie the autistic disorder.

Experimental mouse chimeras will be used in the analysis of the cellular target of neurodegenerative diseases. The well-documented strain differences in mice to kainic acid neurotoxicity will be used as the test-bed for this approach. C57BL/6 and FVB/N mice are remarkably resistant and sensitive, respectively, to the neurotoxic effects of kainic acid. In these experiments we will aggregate embryos from these two lines of mice to examine whether neuron-intrinsic or neuron-extrinsic mechanisms are responsible for the death of neurons in the hippocampal formation. The key to the analysis is the recent availability of genetic markers that are histologically demonstrable within cells of each of these strains. Control and C57BL/6-ROSA26 <--> FVB/N-GFP chimeric mice will be injected with kainic acid for 2 and 7 day survival. Sections of the fixed brains will be processed for the histological demonstration of cell genotype and cell phenotype (alive or dying). Three avenues of investigation will be pursued. First, it will be determined if a linear relationship exists between the number of living neurons and percentage of chimerism. Second, the non-neuronal cell populations (glia and endothelial cells) of chimeras will be examined to determine if the percentage chimerism of these cells exhibit any relationship to phenotypic outcome. Finally, the genotypic origin of non-neuronal cells in the vicinity of affected or unaffected hippocampal neurons will be examined for further evidence for a cell-intrinsic or –extrinsic explanation. The long term goal of this research is to establish a powerful approach to the analysis of the cellular targets of human neurodegenerative diseases modeled in the mouse. This will provide important insights for a rationally-based therapy for a variety of neurological diseases such as Parkinson’s, stroke, and epilepsy.