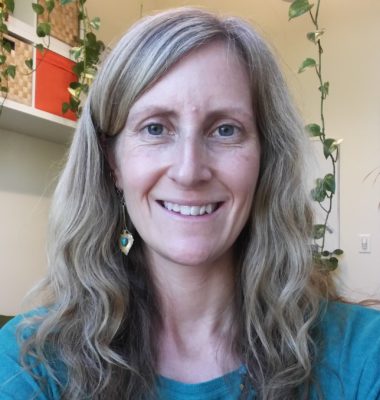 Dr. Cornelia (Corree) Laule is a physicist and has been involved with nuclear magnetic resonance and magnetic resonance imaging (MRI) research for 22 years. She completed a post-doctoral fellowship with Dr. Wayne Moore in the Department of Pathology & Laboratory Medicine where her research focused on MRI pathology correlation studies in multiple sclerosis (MS) brain tissue. Dr. Laule was appointed as an Assistant Professor in the Faculty of Medicine in January 2013 and promoted with tenure in July 2019.

Dr. Laule is interested in understanding the microstructural and pathological determinants which govern T1 and T2 relaxation measures in central nervous system (CNS) tissue. Her primary area of research is MS and she has extensive experience in imaging both in vivo and post mortem MS brain and spinal cord, with emphasis on characterizing myelin. She also collaborates to study many other CNS applications including spinal cord injury, schizophrenia, cerebral malaria, bipolar disorder, leukodystrophies and Huntington’s disease, as well the characterization of normal controls. She is particularly interested in myelin and has future plans to use biochemical analysis and electron microscopy to understand how variations in myelin composition and structure may influence to MRI measures.

In one of the few studies examining myelin water serially in the human spinal cord, Dr. Laule’s research showed that people with primary progressive MS showed a 10% decrease in myelin over two years, while the controls remained stable. This suggests that progressive demyelination occurs and myelin water may help follow the pathological processes that contribute to clinical disability in progressive multiple sclerosis.

Dr. Laule’s studies of diffusely abnormal white matter reveal evidence of a primary lipid abnormality with little protein involvement. This raises the possibility of a primary role for lipid in the autoimmune or degenerative etiopathogenesis of MS, studies of which up to now have largely focused on myelin protein immunology and biology. Thus, examining the tissue changes underlying DAWM may identify substrates responsible for disability and progression, which could be a target for future therapies.

-Myelin Water Atlas: A Template for Myelin Distribution in the Brain.