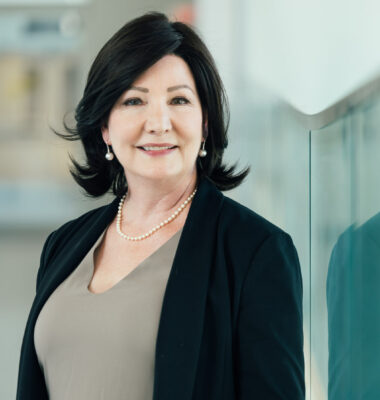 Dr. Wellington is internationally recognized for her work on lipid and lipoprotein metabolism in the brain, and her group has made key contributions to the understanding of the role of apolipoprotein E (apoE) in Alzheimer’s Disease. ApoE is the major cholesterol carrier in the brain and the best established genetic risk factor for typical late-onset Alzheimer’s Disease. ApoE also plays a critical role in repair of damaged neurons after TBI. Dr. Wellington’s program also is closely linked with initiatives exploring the contributions of the vascular system and metabolic disease to dementia.

Additionally, Dr. Wellington’s group has recently developed an entirely novel, non-surgical animal model of concussion that for the first time, accurately mimics the biomechanics and the neuropathology of human head injury. Her current research projects include drug discovery efforts to increase apolipoprotein function in the brain for application to both Alzheimer’s Disease and TBI, understanding how movement of the head and brain after TBI correlate with behavioural and neuropathological outcomes, and tissue engineering approaches to investigate cerebrovascular function in health and disease.

Dr. Wellington’s research interests are highly multipdisciplinary with major efforts in the fields of Alzheimer’s Disease (AD) and Traumatic Brain Injury (TBI). With respect to both AD and TBI programs, her laboratory is the leading Canadian site for research on blood biomarkers using the Simoa platform, as she is the first in Canada to operationalize the Quanterix Simoa HD-1 Analyser. Her lab’s first paper using this platform to study serum tau as a biomarker in pediatric TBI was published online in June 2019 in Lancet Child and Adolescent Health. Dr. Wellington’s work on AD focuses mainly on how lipoproteins affect AD pathogenesis, with major programs focused on apolipoprotein E (apoE) and apoA-I, which is the major lipoprotein found on circulating high-density lipoprotein (HDL; the good cholesterol). For the AD program, her team uses a combination of animal models and in vitro platforms, including pioneering a human-based 3D tissue engineered model of perfusable cerebral vessels surrounded by astrocytes and, now, neurons. Along with Dr. Peter Cripton, a Mechanical Engineer, her laboratory developed the CHIMERA (Closed Head Model of Engineered Rotational Acceleration) animal model of TBI that is currently operational for mice, rats and ferrets. Thus far, this program has produced 9 peer-reviewed primary papers with 4 additional manuscripts under review. Importantly, the Wellington lab is committed to facilitating the dissemination of this platform to both academia and industry through licensing agreements. To date, they have completed 15 licensing agreements, which include building a CHIMERA device for the client, shipping, and traveling to the client’s facility to install CHIMERA and train new users on this platform.